Slight closeup of a shelf

custom shaders used in the project, with them being a pixel shader and a dithering shader to give it a retro effect

The Trick House was a house in Pokemon Ruby, Sapphire, and Emerald.
In 2014 the game was remade, and there was a 3D Environment shown, I fell in love with it, and the challenge of finding the trick master.

Everything made by me except the character models, which are by Game Freak, downloaded from the models resource.

I actually made this last year, but put it on hold due to me going through some stuff (no need to explain why).
I decided to finally finish this once and for all, and did final touches, and decided to do a three stages of life concept.

Morning, when everything's tiny
Afternoon when the kids are chilling
Night, when they give up on finding the Trick Master, leaving the house barren.

This is also the first stylized environment I made that I finished, and focused on 3D Art tricks and reusability. 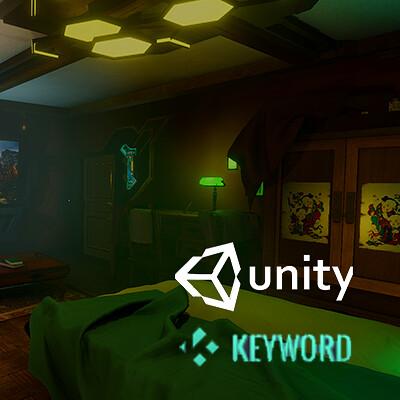